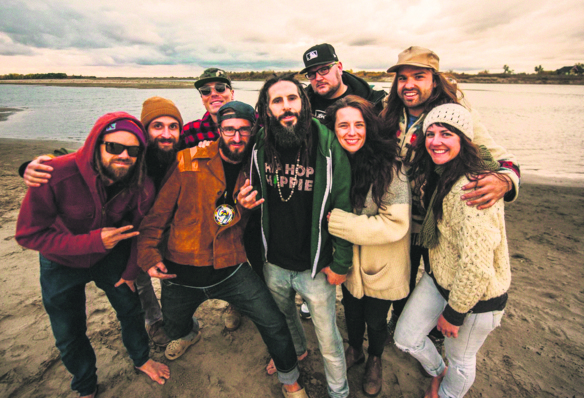 One of the first shows of the New Year is set and the musicians coming to P.A. are hoping to leave residents with a positive vibe.

Parab Poet and the Hip Hop Hippies (PPHHH) are coming to the Mann Art Gallery on Jan. 5 as a part of their album release tour.

The show will also feature local band The Wolfe. The two groups met at an all-ages show in Saskatoon.

“We’re looking forward to be able to play our first time together as a collective in P.A.,” said Chady Nasr, who goes by the stage name Parab Poet.

“We hope to connect with a lot of people and we’re excited to play with The Wolfe.”

The debut PPHHH self-titled album, which was released on Dec. 16, has been in the works for about a year.

It features 11 diverse songs from the unique group, which combines genres such as world drumming, hip hop, jazz, marching bad, classical and folk.

“From song to song you’re going to get a different kind of theme,” Nasr said.

“You experience the instrumentation and the unique characteristics of every group members. Every time we collaborate on a song it has its own feet to stand on.